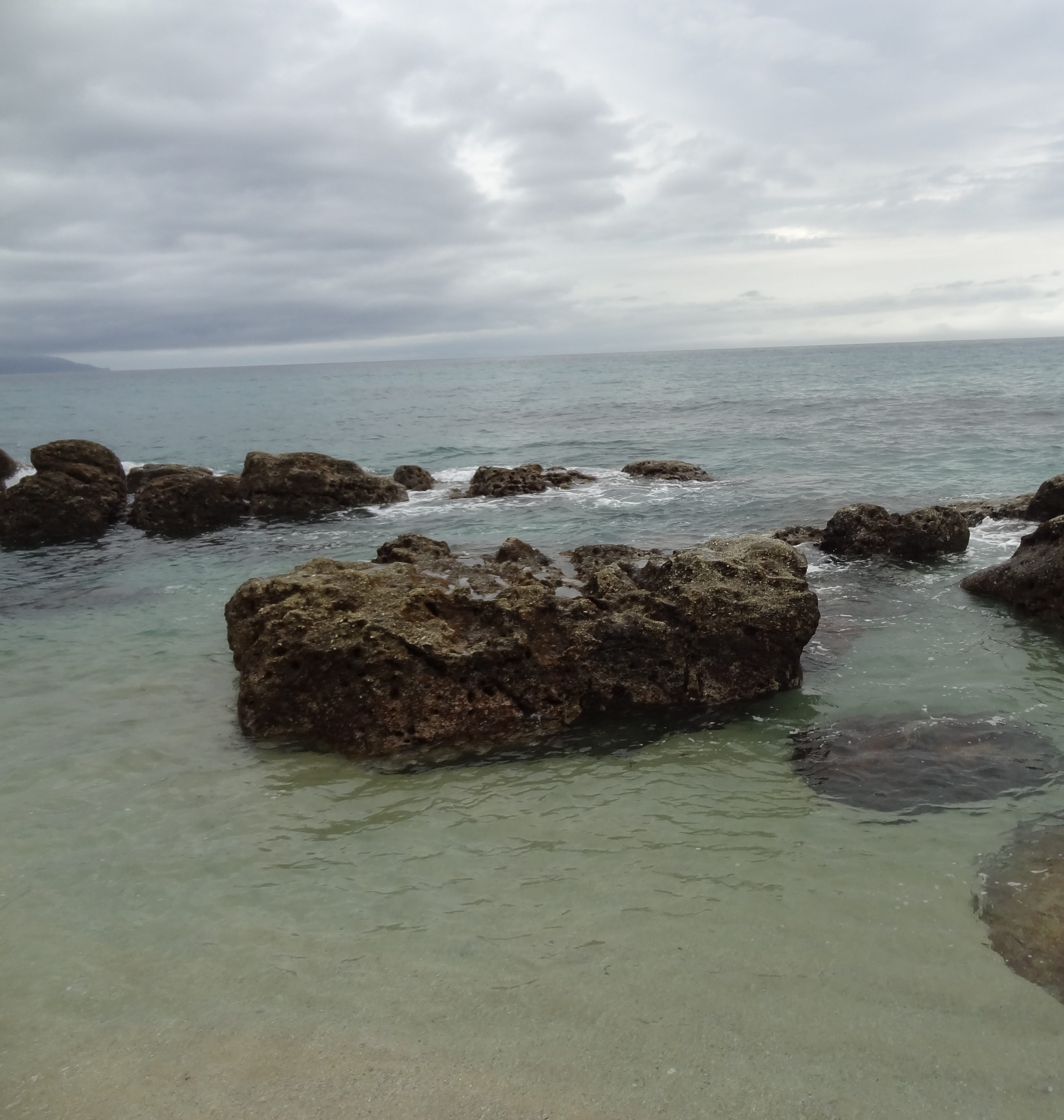 Rested and prepped for another adventure, we were off to see some wild turtles lay eggs. Turtles being turtles, they only come ashore during the night in order to avoid predators and continuing our crazy streak we were going to go out there in the torrential downpour at midnight to watch them.

Clean, dry, and well rested (but still sore) we headed out in a torrential downpour to find an ATM. We had asked when we left the ferry if there were any 7-Elevens, but sadly there were none on Yakushima. It wasn’t an issue though as Capital One does not charge any processing or international ATM fees, but it was still a little inconvenient. Our first stop was Minaminihon Bank, but were informed they didn’t perform foreign currency transactions, but they recommended the post office just around the corner that had an ATM. This was fantastic as we didn’t have enough cash for the outrageous bus fare back to Miyanoura. Once back in Miyanoura, we went straight to the tourist center for advice on a turtle tour!

The Tourist Center at Miyanoura Port was very helpful and called the tour service (Yes! Tours) and set us up with reservations for a night tour of Inakahama Beach, which is packed with loggerhead turtles. After the reservation was set, we walked to Inakahama Beach and set up the Nube across the road in the bushes. We decided to eat some noodles for lunch and hang out. There is no camping on beach as they close it from 7 pm to 5 am to protect the turtles and their eggs.

After lunch and Nube setup, we headed out to the tide pools by some large boulders before the tide came back in. I found a lot of ocean snails, and some eels and Val found some cute little fishies. We had a lot of fun and took some amazing photos. Having finished playing around in the tide pools, we trekked back up to the rest area and spent the rest of the afternoon drying off from the earlier downpour and resting before our turtle viewing tour at 8pm.

Sitting in the little shack, waiting for the informational movie and lecture to begin (all in Japanese of course) we saw a huge spider and two geckos. Luckily the spider never moved! The geckos were entertaining to watch as they were eating bugs. We sat in the shack for two hours waiting for the presentation to end, and then we were ushered out to the beach where we got to see a loggerhead turtle laying eggs up close! After the turtle was done laying eggs, the flashlight was shined in her face so we could see the head and front flippers up close as well. While we were watching, they gave the turtle a shot for a tracer and a second tag on her back flippers.

After the turtle watching, we stopped off in the bathroom quickly then jumped into the hammocks to sleep as we were exhausted and soaked from the rain all day. Luckily, we decided to just hang Val’s hammock so that we could use the luggage storage for all of the soaked clothes, which was pretty much everything (underclothes included!). But, we got to see two SEA TURTLES! One was definitely a loggerhead as we saw it giving birth and getting tagged. The other turtle we only saw from a distance in the dark as we didn’t want to disturb it from laying eggs. It was smaller than the one we saw laying eggs and had barnacles all over its shell. The sea turtle viewing adventure was totally worth waiting all afternoon, getting soaked and the 800 yen apiece!