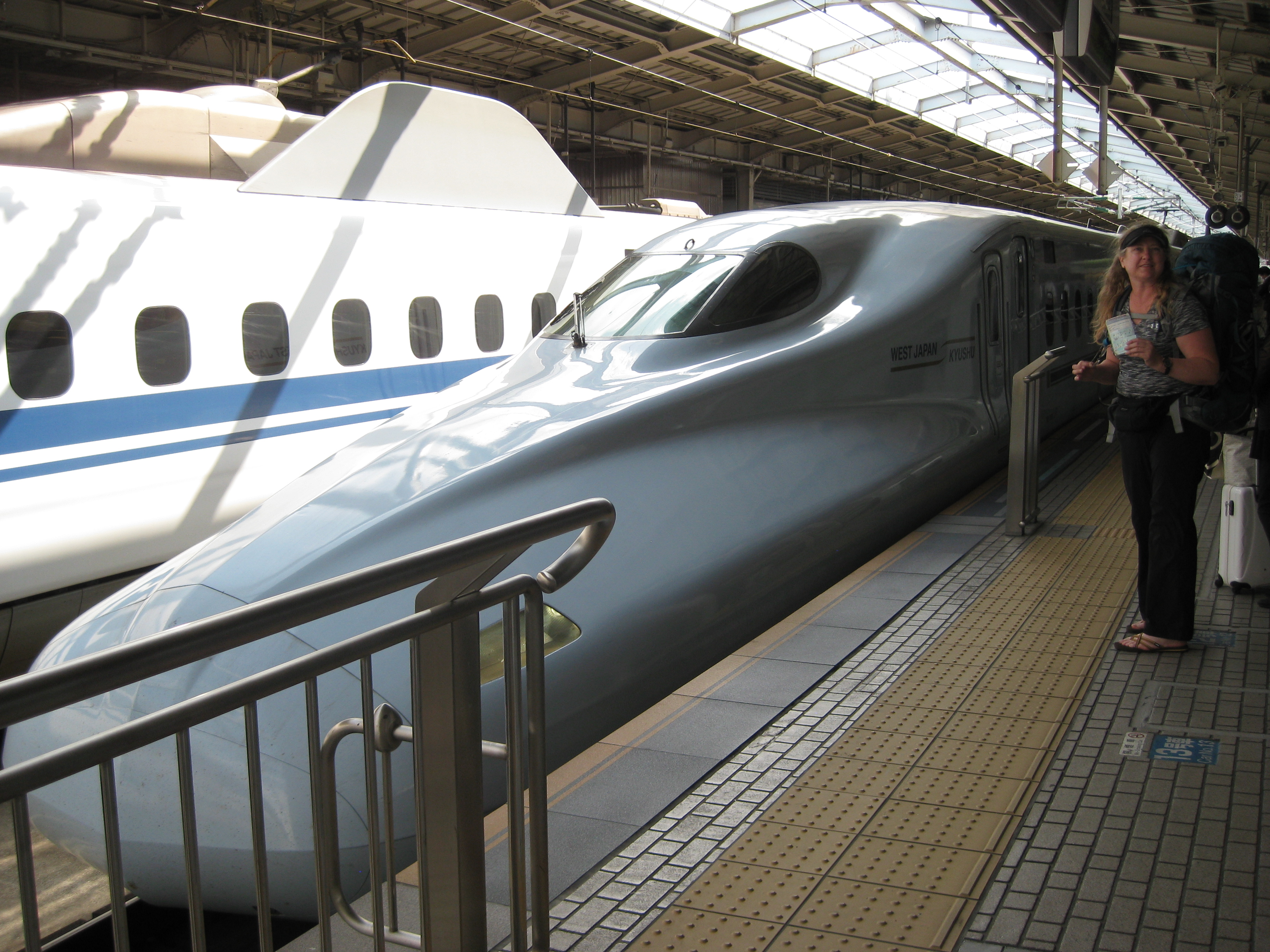 Being a huge fan of Hayao Miyazaki and Studio Ghibli, it was a lot of fun stopping off on our way to Toyota in Nagoya. Nagoya was the original headquarters for Mitsubishi which designed and produced the “Zero” fighter plane during WWII.

Stop off at Nagoya

Waking up well rested to the sun shining was very nice as it was raining as we went to sleep! Luckily, the rain did deter many of the early morning walkers that visit the seaside park where we had set up, which let us sleep in a little longer. Once we got packed up, we headed to the train station, where we ended up on two Shinkansen trains on our way to Nagoya, and took a bus in Nagoya to Toyota. The train rides also allowed me to catch up on my writings since the ferry caused me to be a little seasick. We had scheduled a free tour of the Toyota facilities for the following day at 10:30 am. Nagoya is also where Mazda built their manufacturing facilities during World War II. It is also where most of Miyazaki’s final film, “The Wind Rises”, is based.

In Nagoya, we found a park near Okazaki Station on the way to Toyota City. We decided not to visit the instant ramen museum in Osaka today because it was getting late and we wanted to make sure we were on time for the big Toyota tour in the morning. But, we did stop in Nagoya Station to find something before we were off to find a spot to sleep. At the station, I found this awesome pen that also has an eraser! I’m excited to try it out since my green pen from 7-Eleven ran out of ink. It’s so pretty! We also picked up some cleaner for our water bottles as they were becoming a little gross.

We managed to hang the hammocks perfectly again, and I can even climb into the top one by myself! Previously, I had to stand on Val’s knee to be able to get into the top hammock. We both climbed into Val’s hammock under the Nube (away from the sprinkling rain) to eat our Family Mart dinner. For whatever reason, we haven’t seen an easily accessible 7-Eleven recently….