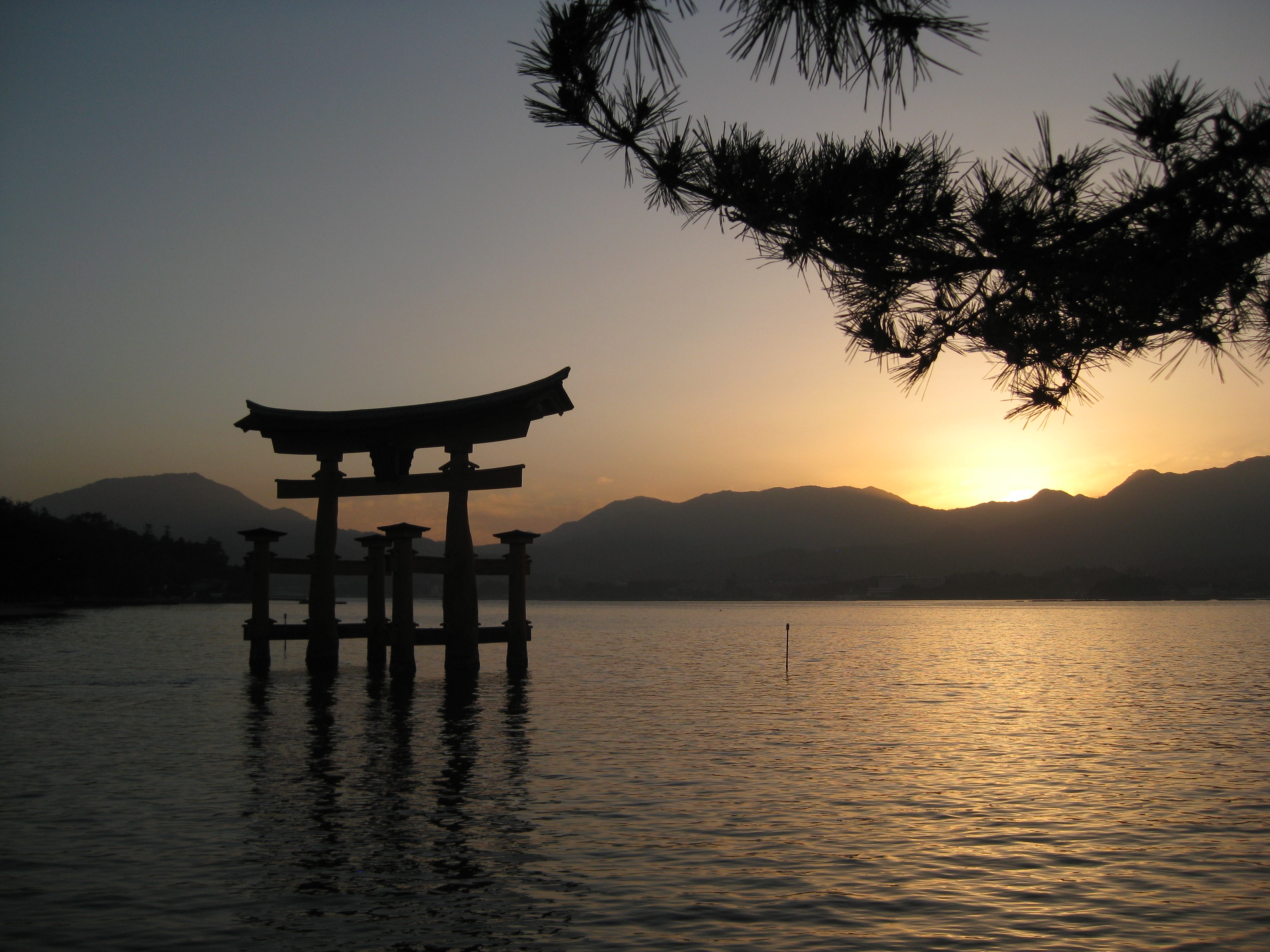 Learning about Hiroshima and the Japanese view point of events was interesting, emotionally draining, but I felt necessary for our first trip to Japan. I probably wouldn’t visit again, unless it was someone else’s first visit, but I would recommend exploring this cities past. Ending on a slighter high note, we took the ferry to Miyajima Island where Itsukushima Shrine and the famous floating torii are located.

The manager of Lappy Hostel (learn how we got here, click the link) was very nice last night, she offered us Saki, which we tried (neither one of us really liked it, to much like drinking jet fuel, as mom described it) and helped us figure out how to work the high-tech coin operated shower. After not sleeping all that well, we have come to the conclusion that we like our hammocks better then beds, we were off to see Peace Memorial Park. We knew that this day would be somber as we listened and learned, from the Japanese perspective, about the Atomic bomb dropped on Hiroshima on August 6th, 1945. We visited the A-bomb Dome, the children’s memorial, the Peace flame, the cartography (I think that’s what it’s called) and finally the Peace Museum. The museum only cost 50 yen for entrance and then 300 yen for an audio companion in English. They even had 100 yen lockers, that fit one pack, that returned your coin when you got your stuff back out.

The museum seemed to be more focused on convincing all how bad war was and to disarm all nukes, bombs and stop all wars. I did learn that the United States dropped two types of atomic bombs: plutonium and uranium.  The museum took about 2-3 hours to get all the way through the museum with audio. Mom’s back started hurting real bad and my feet started to kill from all of the standing in one place. we needed out of there.

It was just after low tide and the sun was starting to set, so we bought some dinner and caramel macchiato ice creams from 7-eleven and headed for Miyajima and the floating torii. It was beautiful watching the sun set on the torii so we thought we would sit on some steps by the water and watch the sky to the sound of the ocean lapping towards our feet. Nature had a different plan. First the Miyajima deer came to beg/steal our food. While I was focusing on blocking the deer from reaching mom so that she may be able to eat her food in a little peace there was a hawk circling over head. Woosh, plop, “ah”! “my food” *sad face*. Mom: “Did you drop your food? What happened?” Me: “NO! That bird TOOK my beef!”

It was ridiculous that my beef was stolen by a wild hawk and that half my remaining rice and veggies had been dumped onto the ground for the deer to eat by the hawk’s impact. A local crow was the last one to the party and luckily he didn’t get any of my food. After finishing our food we moved to a better vantage point of the torii and the sunset.


Then we moved onto Ohmoto Park (34°17’38.1″N 132°18’50.0″E) to find a bathroom and set up the Nube. We were a little worried about the deer and wild monkeys on the island attacking us during the night, but luckily nothing happened. Share