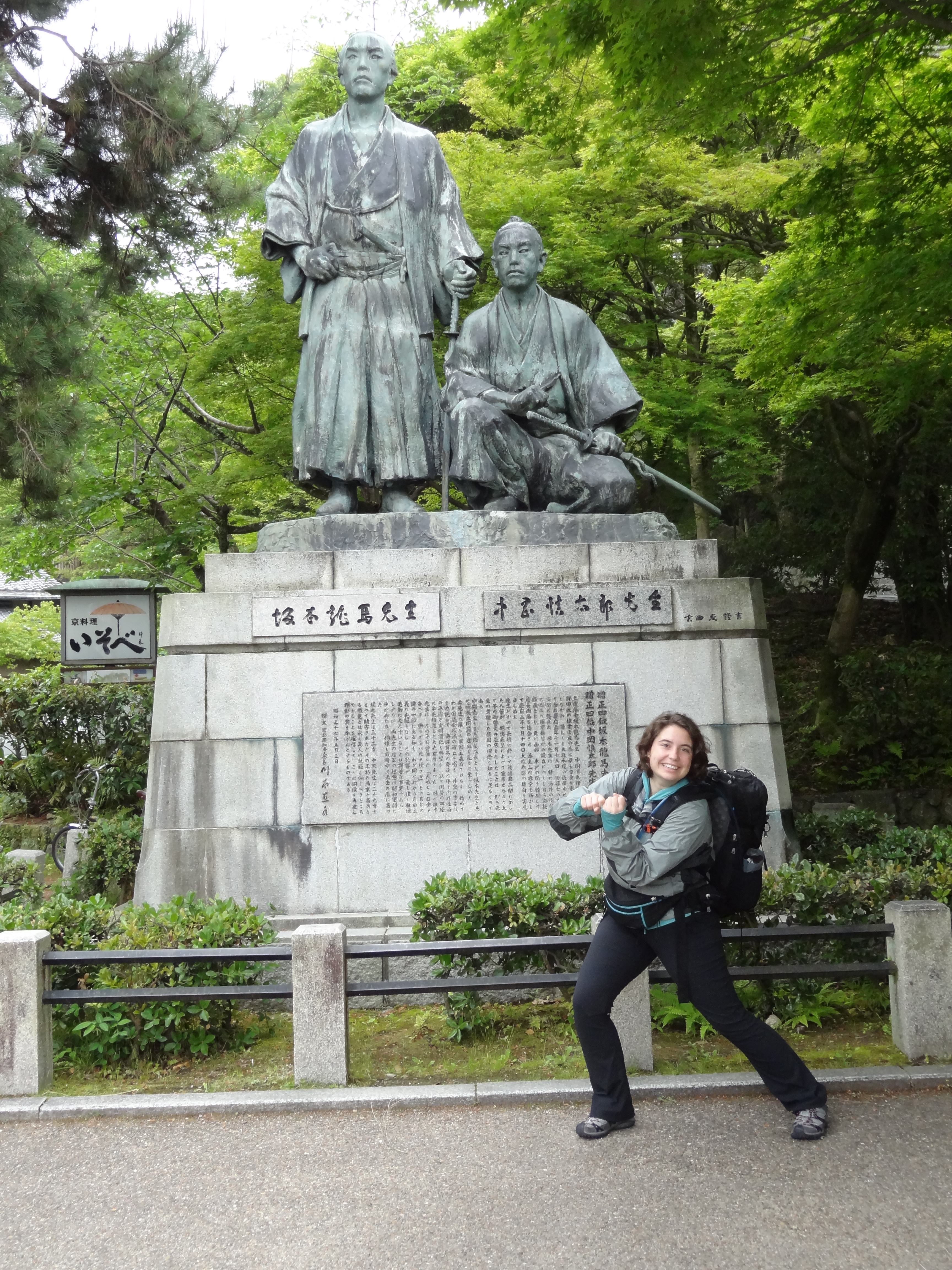 We took another Shinkansen ride into Kyoto. One of the activities near the top of our list, was to see a Geisha Dance. How sees “Memoirs of a Geisha” and doesn’t want to see a dance at least once? Plus there were a couple main attractions like a bamboo grove and the shrine with SO many Torii’s (the orange/red gate arches that Japan is well known for).

We left Katahara Onsen, a little town in the middle of nowhere, and came to Kyoto on the Shinkansen (bullet train). We really wanted to leave that little town. We never did soak in the onsen, because the whole place was a little weird… We will find a better one sometime soon, or at least before we leave.

A Shinkansen is one of the fastest ways to travel around Japan, but we felt that we missed so much of the country-side as the track tunnels through every hill and mountain that you can imagine. In many cases the hour or more ride would be completely black outside our windows and every few minutes you would have a flash of bright light. That light would be the only glimpse you would receive of the outside world until you arrived at your arrival station.

A Geisha Dance in Kyoto

Once off the train we found the tourist information, picked up a map and bought tickets to the Pontocho Geisha Dance and tea ceremony. The end of the dance was totally worth it.

For the tea ceremony we were ushered into a small room with seats and tables crammed into every available nook and cranny, all facing a corner where a Geisha sat with some instruments and a tea pot in front of her. As we sat down we couldn’t see much, had sadly been put in one of the back rows. A plate with a little pastry had been placed at every seat. Following what others around us did, we quickly ate it. The pastry was very delicious; it had some type of purple paste inside (I believe that it is bean paste or plum). Again mimicking what our neighbors did, we took the little place mat the plate was on top of and wrapped the plate up in it and placed it to the side. Then came the tea. We have officially decided that we do not like matcha, no matter how good it is supposed to be. We had to actually drink the matcha (really strong green tea, that’s really disgusting) out of respect; we were being watched by some of the assistants so that they could take away the cups. Val and I counted down under our breathes from three and took two really large gulps to finish the tea off. Taking our plates with us, we were ushered back out and down to the main room where we located our seats. Sucking on a ginger candy to get rid of the taste of matcha we enjoyed an amazing dance. I would definitely recommend anyone seeing a show, but if possible pay a little less and get seated in the balcony.

After the show we were tired and ready for some much needed rest. Luckily we had scouted out a great locale before the dance. We curled up in our hammocks in Maruyama Park (35°00’13.1″N 135°46’45.6″E) behind a shrine. Going to sleep to the sound of the monks blowing on kazoos and banging gongs (or what sounded like that at least).

Read about Day 5 | Continue the adventure of Kyoto: Day 7 | Other Japan Experiences |