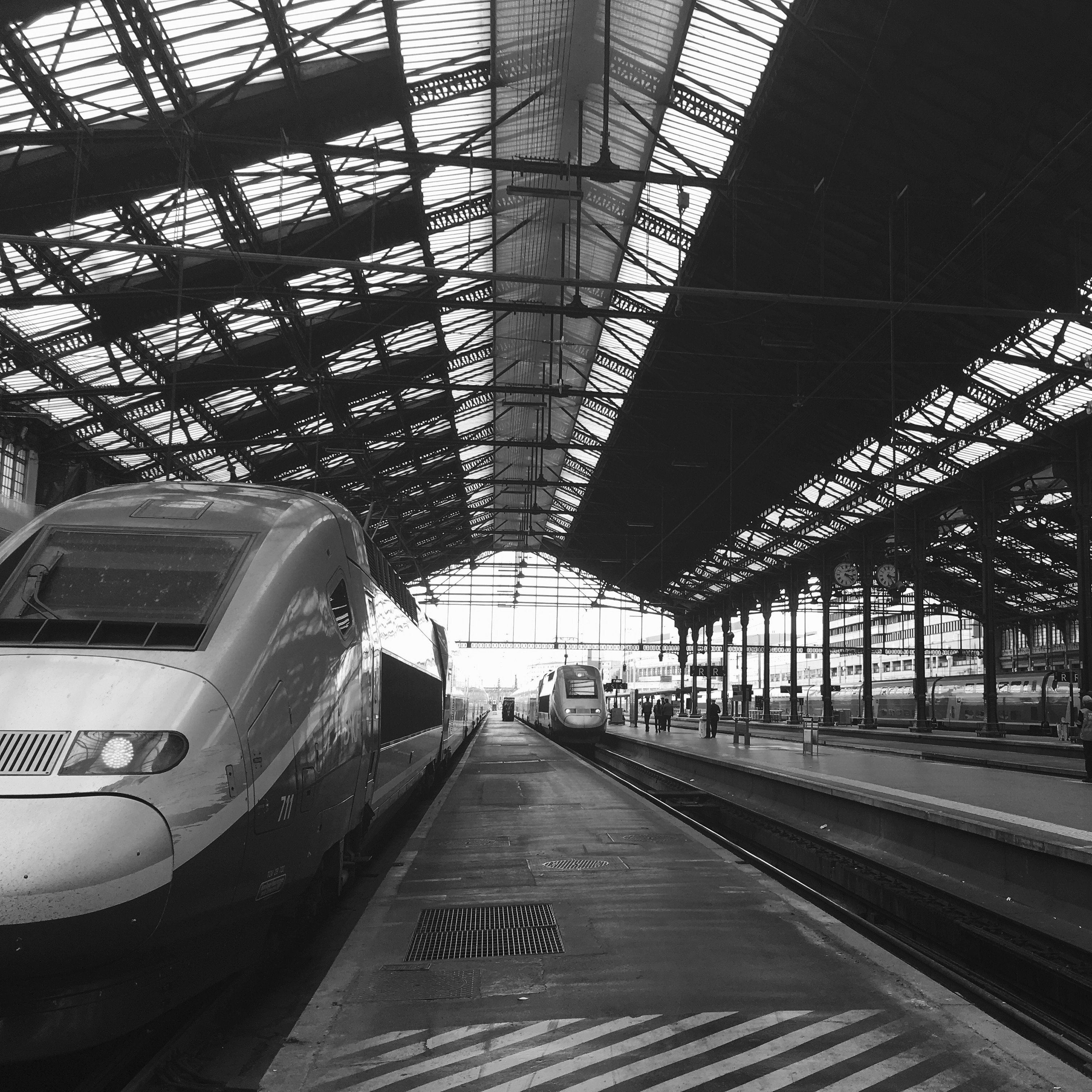 Finding cheap flights from Seattle to Europe can be a little difficult, lucky for us Paris was the cheapest for us to fly to. With that in mind we managed to scrounge some change together and make the hop across the Atlantic. So our adventure began in Europe. 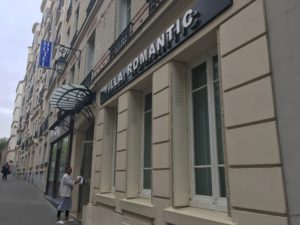 We awoke well rested in our Paris hotel, though we had been worried about European hotel beds not being very comfortable. Villa Romance was clean and small, and our room had a tub instead of a shower. (We still managed to get clean!)

After waking up, we packed our things, made it out the door by checkout and made our way to the train station. Given the weather situation in Paris and Grenoble (our planned first stop) we decided to pass up the rainy and cloudy Grenoble and head straight to Marseille. Since Grenoble’s main draw is that it’s a sleepy little town at the base of the French Alps, we would miss most of the charm due to the overcast skies anyway.

Before leaving the hotel, we had decided to check the train schedules for Marseille, get our reservation for the same day (or next day if nothing was available), and see what we could of Paris before heading for the French Riviera. Luckily, there were multiple departure times, and we chose the one around 3pm for a 4 hour ride to Marseille.

Shortly after arriving in the train station, we dropped off our packs at the secure storage area of the Gare de Lyon (Gare = Station in French) and took off to see Notre Dame. Due to my naivete, I hadn’t realized there would be an incredibly long line to get into the building. Instead, we spent our time walking around the outside, marveling at the architecture. Near the back of the cathedral is a beautiful little park where we did our best to soak up the rest of the Paris sunshine before the clouds came in.

Wanting to get a little closer to the Seine for some photos (and because we like rivers). We froggered across the road and into another park at the tip of the island. In case you didn’t know, the Notre Dame Cathedral is on one of the islands in the Seine River in the middle of Paris. In the little park at the northern tip of the island, we were a little confused by the memorial to the martyrs, but we were intrigued by the possibility of a closer look at the river that flows on both sides of the park. We proceeded deeper into the park and down a narrow and daunting stairway towards what appeared to be a portcullis of sorts in the very tip of the island. Josh surmised that it might have been an escape route from the Notre Dame Cathredral perhaps.

There was another narrow door into the wall across from the artistic looking bars across an opening to the Seine. Continuing, we walked inside and started touring the various rooms. Exploring under the park and farther into the memorial, the meaning slowly became clear. A little more slowly than if we had known French. Eventually we learned that the martyr memorial was for the French people captured and deported by the Nazis to the various concentration camps.

As far as tourist attractions go, it was a little more emotionally heavy than we were expecting in the romantic city of love. It was still very interesting and they had English and German translations on everything for those who don’t read French. We learned a number of new things, including the numbers of French taken from each province and the different colors associated with why a person was being detained.

After leaving this park, it was time for a leisurely stroll back to the metro for passage to the Gare de Lyon! We wanted to get some lunch and snacks for the 4 hour train ride to Marseille! Navigation was a little off, but we finally got back to the train station, retrieved our packs, and started looking for some food. We found a nice little shop with organic snacks and ginger beer, so we loaded up, ate some lunch, and headed out to the tracks to figure out where our train was going to be. We boarded our train a little before 3 pm, and we were headed south to the French Riviera! As it turns out, Marseille isn’t really considered part of the Riviera, it’s just a nice city nearby. At any rate, after a very enjoyable train ride that had lovely French scenery, a couple of castles, some sleep, and a couple more stops…we finally rolled in to Marseille.

Finally in Marseille, it was time for dinner before looking for a place to camp for the evening! Josh had picked out a likely looking park near the ocean. Taking the bus down to the ocean and started looking through the park for a couple of good trees to set up the hammocks. After some serious searching, as the prime camping spots had already been taken by French campers, we found some suitable trees and tried to get all set up. Unfortunately the scrawny French trees couldn’t handle everything, so Josh had to set up between a couple of other trees for the night. At any rater, with the waves crashing against the shore in the background, the warm sea breeze blowing, and the stars twinkling overhead, we managed to go right to sleep! 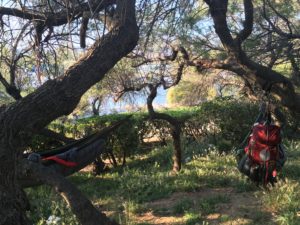