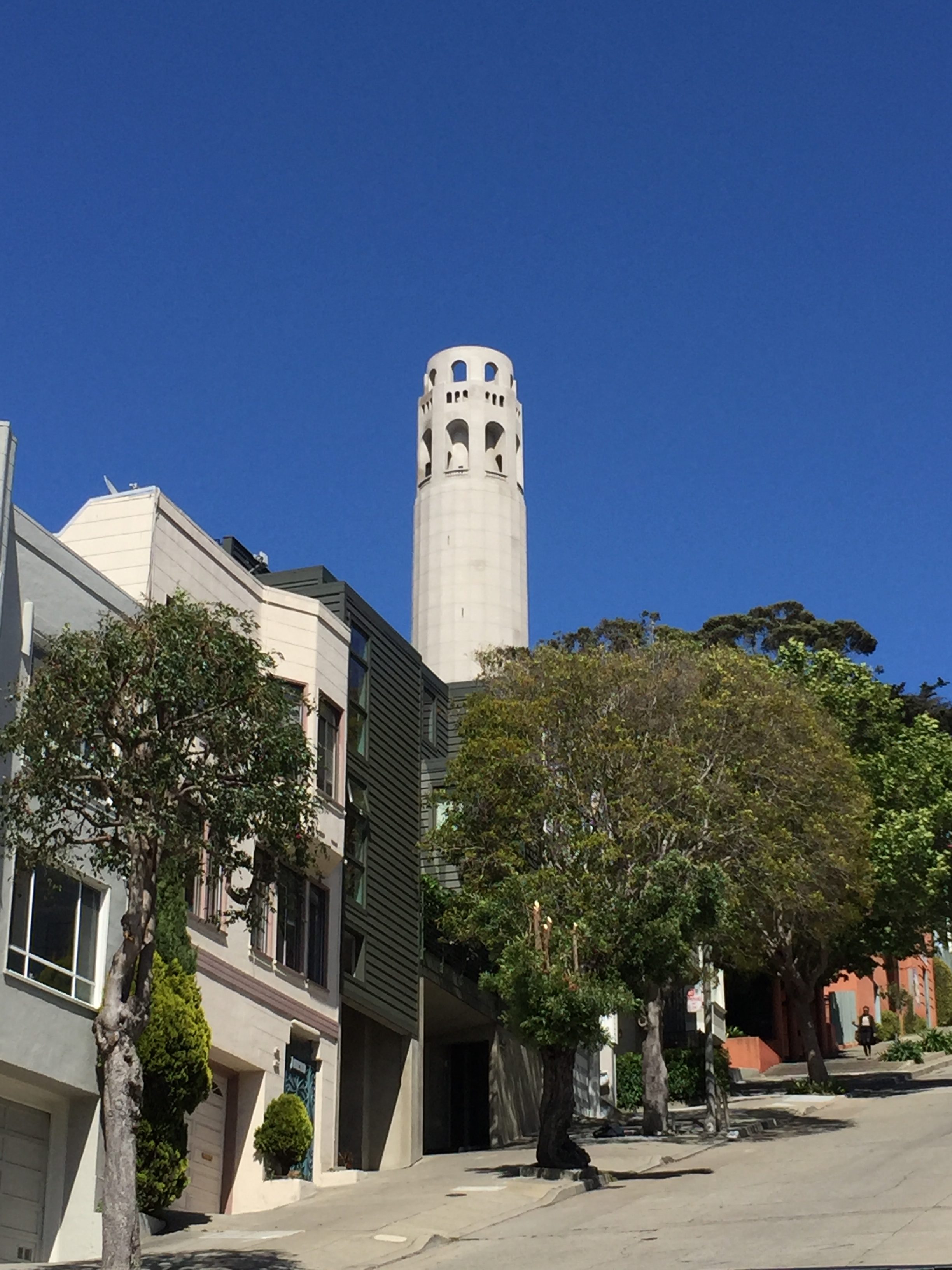 Josh and I had a couple places we wanted to visit before jetting out of San Francisco city (other attractions we saw days before). I had a couple days of working, while Josh was in conferences, but there didn’t seem to be enough time in the day to get everything done that I would of liked to and also catch up on sleep/rest/recover. After meeting up with my aunt, catching up on happenings, and passing off some of my art, we were on to San Francisco proper and the two items (Chinatown and Coit Tower) we really wanted to see before leaving to Napa Valley for hopeful wine tour/tasting.

It was about noon-ish by the time we reached downtown San Francisco and Chinatown district along Grant St. Wandering the streets looking for good places to eat, we found a side-alley that contained a “Hong Kong” style restaurant, or so they proclaimed, as neither Josh nor I had been to Hong Kong. Sitting down to eat, we were greeted warmly, and asked what we would like. Getting Hong Kong milk tea (very similar to Thai Iced Tea, but not as sweet), we started to settle in and basically people watch, as so many locals would come in, chat with the owners, go down stairs to the event center, or sit down and order a dish. With our tummy’s full of Kung Pao chicken and sweet and sour chicken, with a side of egg rolls, pot stickers, and fried rice, we rolled back on out to the street. Wandered the 6-ish blocks, finding cute little nick-nack stores, amazing jewelry, clothing, herb shops, and street murals. I would of loved to see the district at dusk or dark with all the neon lights lit up and the music playing as it did now, but we were on a time-line to get out of the city by 3:30 pm or be crushed by traffic commuting out of the city.

Driving towards the freeway, I saw Coit Tower which I had seen so many times from a far, but either didn’t know how to get to or totally forgot about. This might of been another one of those times of “next time I’ll see it”, but I was being a little stubborn. Talking Josh into a quick park, dash, and drive off method to cut the visitation down to about 10 or 15 minutes so we could be out the city hopefully before the freeways became parking lots.