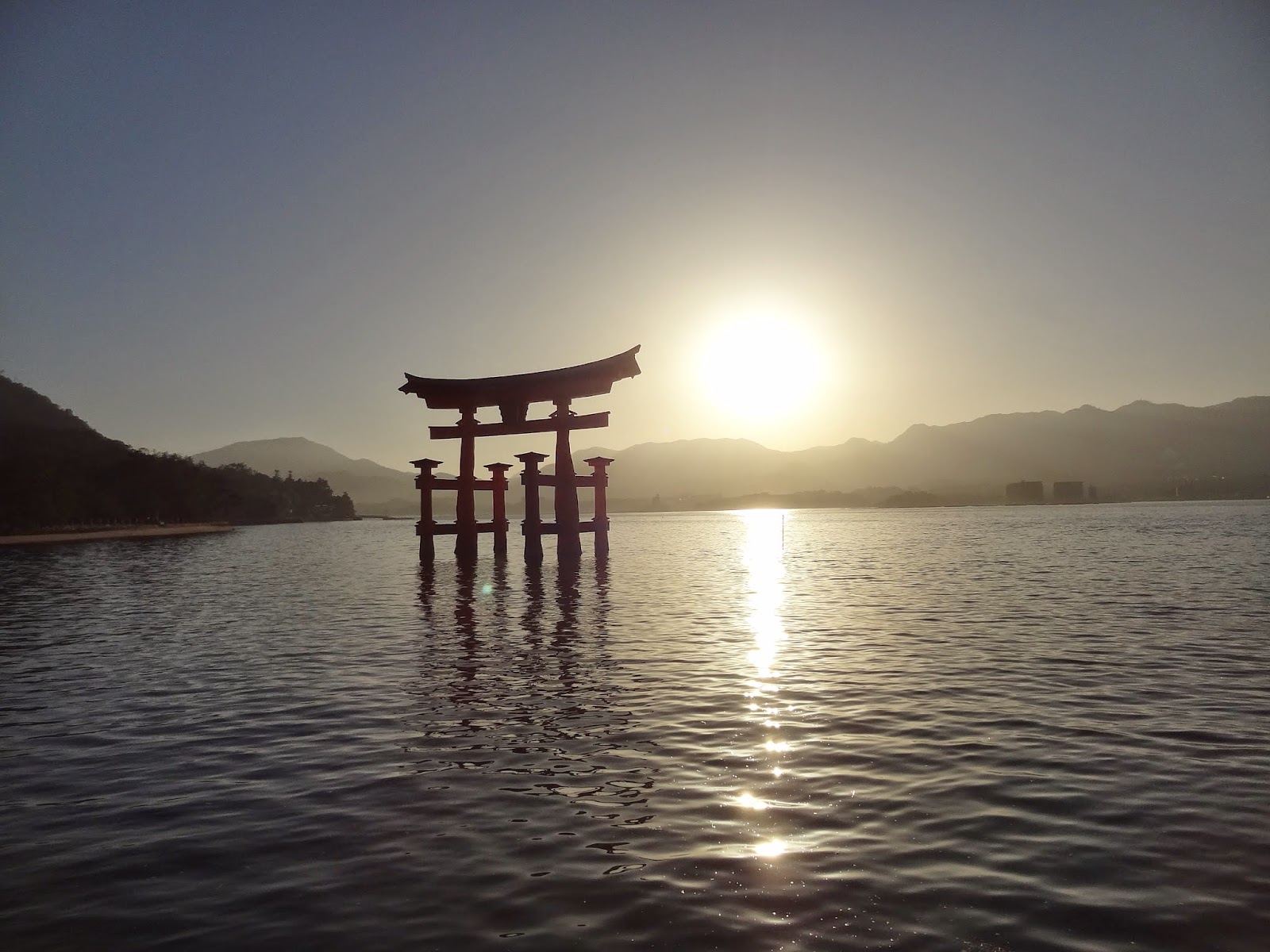 A day by day account of where we were and some of the experiences we had in Week 2; the highlight being Banshu Ako.

Nara, a little town outside of Kyoto, was one of the few places that we saw a bunch of other international tourists and we were all there for the same reason, to feed the famous deer. I believe that since of the high volume of visitors they had a higher proportion of street markets. We enjoyed visiting this city that offered some decent food from the grocery store in the train station and some photogenic and feisty deer.

On our way down to Hiroshima we stopped in Himeji, they had a castle that you could take a tour of, and so far during our trip we hadn’t a chance. Urban camping on castle grounds was a little risky, but totally worth it as we were closely located to the main attraction, fell asleep to the sounds of the nearby zoo, and had a nicely located bathroom. We camped out of the way that first night in the castle flower garden, being woken up by the guards was interesting, but they were nice enough. As the castle was under construction, we were only able to see some of the surrounding buildings.

Continue reading about Himeji and Day 9 in Japan

By week two we were becoming overwhelmed by the big City, concrete, people everywhere, trains moving, and cramming into those trains and well…. Val was just exhausted and needed some down time. Having accomplished the tour, we were ready to get some much needed rest and find some where that provided a more local experience. The tourist information center ladies were very kind, informative, and helpful in recommending Banshu-Ako and a really nice campground on the sea/ocean, little did we know that this little town of 50,000 would be one of our favorite places.  During our walk to this campground we found a 7-11 store where we bought ice cream, we stopped at a shaded picnic bench, and I had Ash take a photo, all I wanted was there!  A bench, shade, ice cream and no pack, and better yet a nice view!  We finally made it to this campground, where we stayed 3 days.

This place had showers, laundry, picnic tables, vending machines, kitchen set up for all to use… even a TV where we watched sumo. They were very kind and lent us two bicycles to get groceries. After realizing many people were there to go clamming, we purchased a sack and dug in the sand at low tide with all the locals.  I promptly got a slight burn, and many little tiny clams.  The campground personnel took our clams, poured them into a plastic tub, then poured lukewarm water over them and placed them in the shade with a piece of cardboard over the top, and motioned with their mouths that the clams needed to spit the sand out. Ash was new to the entire process… but found her fair share of clams too. They then loaned us a frying pan to cook them up in!  On our next trip to the market we purchased two boxes of ice cream and gave them to the staff to say thank you!  (They close the campground on a Tuesday I think, and were becoming worried we would never leave… we did little but rest). Upon our departure they had made a little care package of food (one of the gifts included were Ritz crackers filled with lemon cream filling… quickly became a favorite) and then drove us back to the train station so we didn’t have to ride the bus or walk…. so very kind. This couple and their staff hold a special place in our hearts!

As we couldn’t stay at the Banshu Ako campground any longer, they close on Wednesday for their “weekend” we had to visit somewhere else. We still hadn’t seen much of Osaka and had a couple things we wanted to see in that very industrialized city, such as: the Umeda Sky Garden (I had originally thought that there were real plants up on that building 🙁 I guess I should of done a little more googling before adding it to my list), the Noodle Cup museum, and the Tempozan Ferris Wheel (also known as the largest ferris wheel in the world!). The city definitely was not aimed at tourists, or at least that is not where they got a majority of their income, which was refreshing compared to some of the other cities we had seen along the way.

Reaching Osaka, we checked in with the Information desk, as we had at every other “port” to insure our wanted attractions were open, how to access them, and a map of the city, including other highlights we might want to venture to. This is were it went screwy, we could only see 1 of the above mentioned highlights on that day, and again we had to move on. Our travel had become a very fluid, free moving, attraction/experience seeking adventure, and we were LOVING it <3

We felt that no trip would be complete without visiting Hiroshima and really respect our two countries history. The visit to the memorial museum was a somber event. Leaving Hiroshima, we took a ferry to Miyajima and the famous floating torii of Itsukushima Shrine. We did not feel that it would be right to urban camp in Hiroshima city so we opted for a more appropriate location on the island. Plus it would be a lot more secluded area meaning that we would not be anyone’s way. We found a perfect place that ended up surrounded by native deer and we even heard a couple of very load monkey screeches as darkness fell over us.

Learn more about Hiroshima and Day 12

After such a great experience at Banshu Ako we wanted to take our chances in a Japanese Onsen. I knew that one place that we would be sure to find an onsen, Japanese bathhouse, was in Beppu. We picked out one that was relatively cheap and included about seven different types of baths, a sand bath, and a sauna.  After a nice soak we headed to a computer café and then on to bed in our hammocks. It was pure luck that we were able to camp next to a grove of bamboo.

Learn more about the Beppu Hot Spring Experience and Day 13

From Beppu we headed even farther south to the city of Kagoshima and across the bay to Sakurajima. We had a bit of a hike up steep switchbacks to the Dinosaur Park, so named because of the life size dinosaurs and other animals statues located there. We found a perfect spot that had a functional bathroom, a little on the icky side, a nice outdoor sink, a rooftop patio, and a beautiful view of the active volcano and bay. It was the perfect place to camp out and we even had a pet hawk. We really liked this location except for the steep climb up side of the hill.

Continue walking among Dinosaurs on Day 14