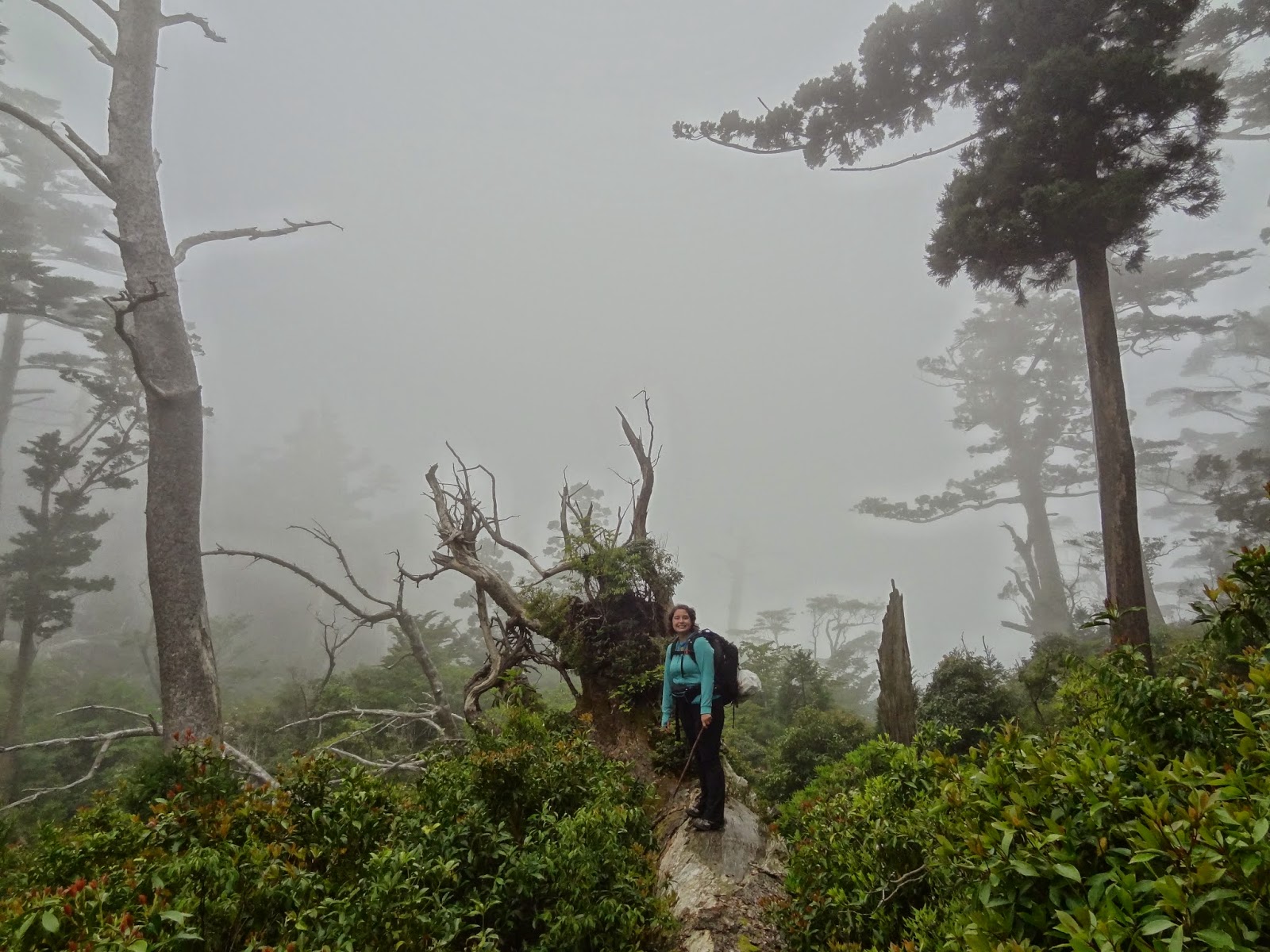 Week 3 in Japan was a visit to my much beloved movie destination: “Princess Mononoke” by Studio Ghibli or as Yakushima Island had been called by my mother ‘Mononoke Island’.

The day by day outline of where we spent our time on this amazing tropical island:

Waking up in the Dinosaur Park, the submarine was still there. I was happy to see it because then hopefully I would be able to watch it submerge. Just as I stopped filming the sub and turned my back, it went under. It was a little frustrating, but we had to make it to the ferry to head off to Yakushima and the forest that Hayao Miyazaki used as inspiration for Princess Mononoke, one of the films that inspired me to visit Japan in the first place. There are homeless cats everywhere in Japan, some more comfortable around people than others, but many of them are taken care of my locals that bring water and food for them.  The cats on Sakurajima that we fed with some leftover lunch were very friendly. One of them even snuggled up with me after eating and drank some water that I put into the plastic base that my ice cream cone had come in – yum yum ice cream by the way.

The portion of trail I went on was under the forest canopy the entire way except at the very end where I was surrounded by misty clouds and amazing ancient trees! Although lonely planet and the Yakushima tourist center both quoted that the Onaida Nature Trail would only take 7-8 hours it took me a total of two and a half days. It was ridiculous how crazy the trail was; the people seriously marked trees in the complete wilderness with pink plastic tape and then called it a trail. The trail was full of obstacles, large boulders, streams, mountains after mountains to climb, river, and two groups of monkeys. It was so rigorous that I had to camp out in nature two nights and filter water. The first night I slept under a wonderfully placed rest hut that was stuck to the side of a very steep section of the trail; luckily the huts pillars were far enough apart for me to hang my hammock because there were benches right in the center, but not big enough to do anything except cook or sit on.

The trees were so close together, it was difficult finding a place to hang the hammock on the second night, but if there is a will there is a way! After emerging from this beautiful but exhausting hike we were then off to see the sea turtles…. We got to the beach earlier in the day and went cross the highway into some trees and hung the Nubé (our home). We watched a long video of what type of turtles we may be seeing (all in Japanese of course). During this video all the non-Japanese speaking tourists’ followed two gecko’s as they searched for their next meal near the lights, that were on the hut we were all huddled under, trying to avoid the torrential down pour, and one very large spider that just stayed half way hidden (don’t think his whole body could fit in the crack he called home). We after much dead silence (10 pm rolled around and some people went home) we were suddenly ushered single file holding onto the shoulder of the person in front of you out deep into the sand.  This beach is where they allowed us to see a female Loggerhead Sea Turtle laying eggs. She was beautiful, she was approximately 5 foot in length, 4 foot wide with a neck of about 8 inches in diameter, as she began burring the eggs, wildlife officials took blood samples, tagged her back fin and replaced a GPS tag in her front fin.  They dig up the eggs to count and protect them; in July you can watch the babies scurry back to the sea, from human dug nests. We loved this experience!

After leaving the southern island of Yakushima, we took the four-hour ferry ride to Kagoshima and some of our beloved 7-eleven food, and then slept in our fantastic hammocks. Luckily, we had grown accustomed to hanging the Nubé no matter what the weather, so when it rained that night we were nice and dry. The puddle that was similar to a lake under our Nubé was something else. It made it a little interesting when getting out and breaking down camp.