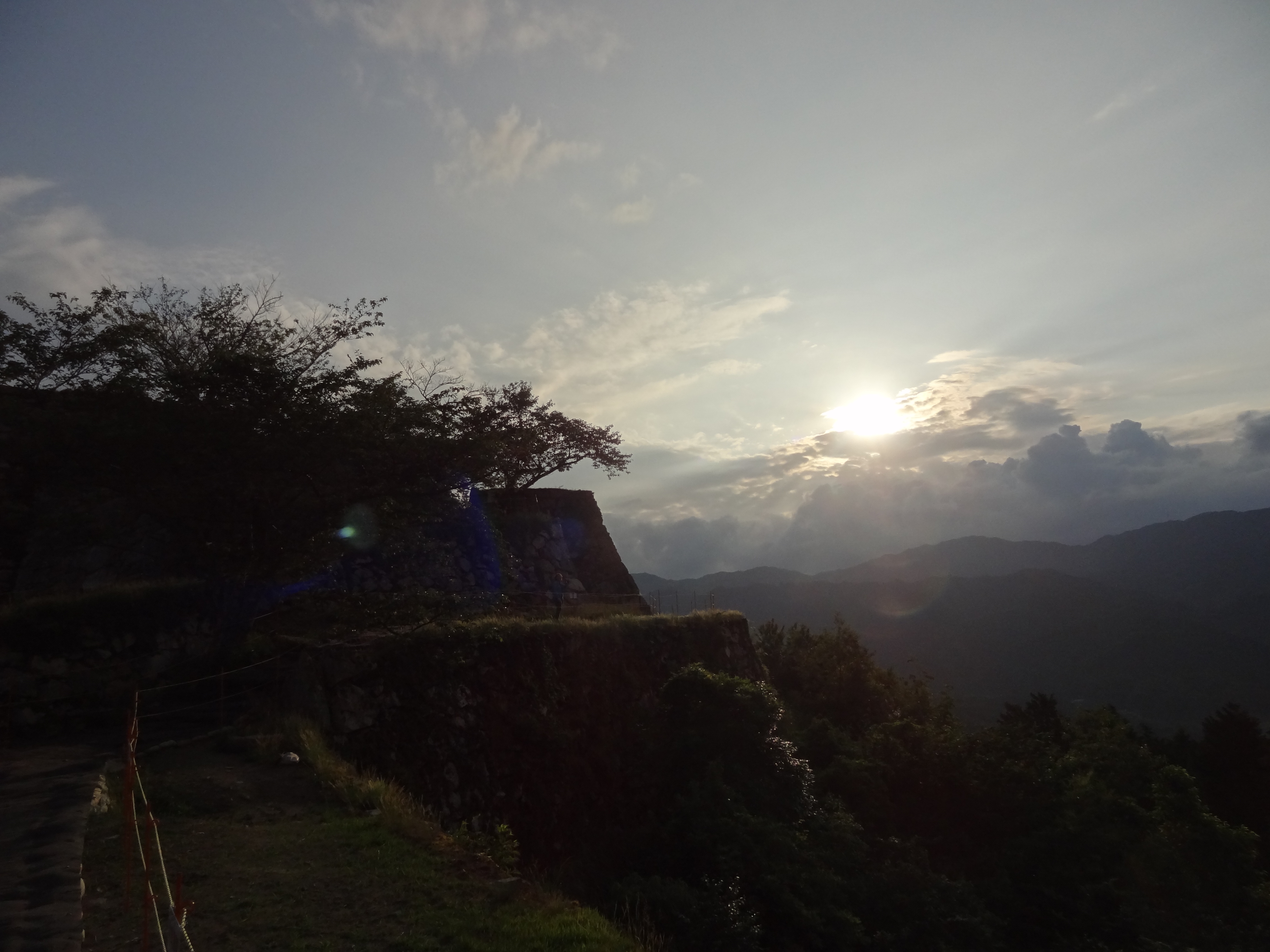 By week 4 in Japan we needed a little rest and felt that a beach destination and a Castle in the Sky could rejuvenate us.

Where we spent week 4:

We went from a rain forest to an automobile factory in Toyota. Yes, it’s named after the Toyoda family which owns Toyota. Val found a sign out by the water fountain that said “this is not a gargle station”. Our response was “What is a gargle station and why is there a sign against it?” It was our next mission: where/what is the gargle station and why do they have it in an automobile museum. Going into the women’s bathroom there was a random spout maybe that is it…so we had to take a video of this new and amazing contraption. The spout shot amazing tasting minty goodness into your mouth so that you could gargle it and have lovely smelling breath.

We both tried it out and really wanted one back in the states. Oh, the Japanese have so many cool gadgets all over the place. The gargle station was probably the highlight of our tour at the Toyota Kaikan Museum.

During our return visit to Osaka, we decided to stay near the Tempozan Ferris wheel, one of the largest in the world. It was a good place that was out of the main city, plus we could check one of our attractions off the list: riding the Ferris wheel. Although the major cities were one of the main things we were extremely excited about when planning the trip, they didn’t really live up to all the hype. The very next day we visited the Instant Ramen Museum and then off to Takeda.

Takeda Castle Ruins were in middle of nowhere. We had just reached Takeda city right before the last bus left to the castle ruins. The ruins have been quoted as being the castle in the sky, since on occasion it is completely shrouded in clouds. Catching the very last bus to the ruins, it allowed us to catch the sun setting, creating very beautiful photos and an astonishing atmosphere.

Both Val and I were whipped out from all of the travel back and forth. We needed a little break from moving at the speed of a Shinkansen. We knew that if we wanted to go on the National Geographic hike on Kii Peninsula we needed to head near the beginning of the hike, which is located by Shirahama. Getting offthe bus in complete darkness we were unsure of where the beach was as you could not see the sand or anything, you couldn’t even smell the salt air of the ocean. The driver sounded sure and even insisted that we were at the Shirarahama beach, so we had to trust him. Low and behold, the bus drove away and poof there were the palm leaves rustling in the slight ocean breeze and the sound of the crashing waves in the dark; we were officially at the beach, which was very reassuring to both Val and I. The next morning we awoke to the sound of waves, crows, and toes in the sand. This beach is one of the most beautiful places we have ever been.  We had found a tropical paradise in Japan just by chance!