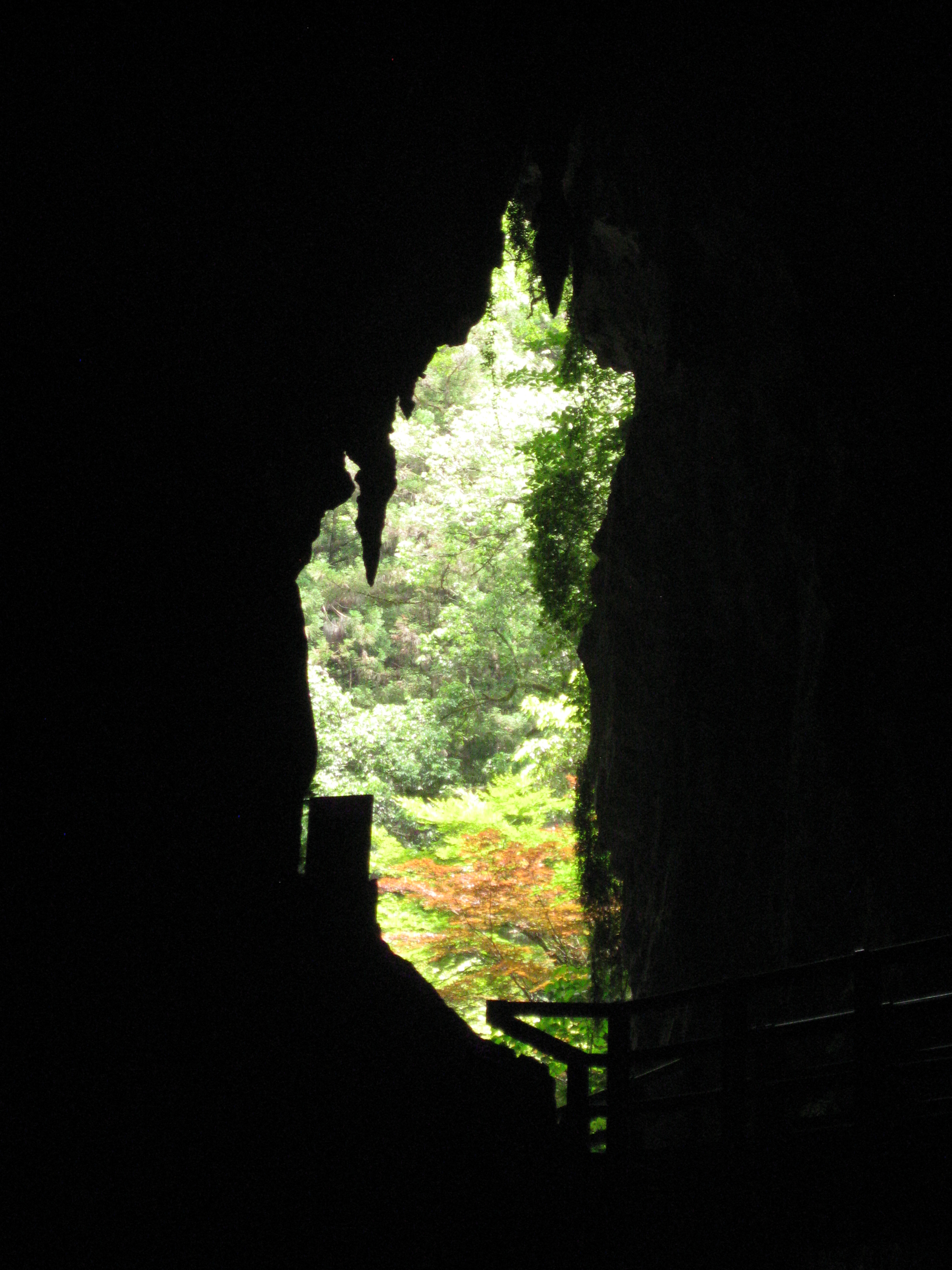 After missing the first bus to Akiyoshido Caves by only a few minutes and not knowing the bus route, we were able to get some breakfast from the convenience store and eventually catch the second bus at around 10:40. Luckily, we didn’t have to pay for the bus fare which got to around 1,000 yen each, because our JR passes covered it, but we still had to be ready to pay admission to the caves. Poor yen, I don’t want to spend you…but for awesome experiences and yummy food I shall and some souvenirs.

With admission of 1,200 yen each we entered the Akiyoshido Cave and began walking the 1 km that was allowed; out of a total of 10 km, making it the largest limestone cave in Southeast Asia. Val really liked the photo of me with Koganbashira, a giant column about 15-20 meters tall and the main highlight or so the little little electric announcer said in English after pushing the button. With some photos to document our “discoveries” Val and I exited the cave in hopes of seeing the plateau…but it ended up being driving distance away, instead of normal walking distance and we didn’t feel up to a hike.

Down a mountain we went, improvement right? Nope, it was about a 8% grade that Val actually contemplated taking stairs! It took about an hour to walk back to ice cream and the bus stop.

After the bus back to Yamaguchi, I walked back and forth between Val, Information, and the station staff figuring out our next place to sleep for tonight and work towards the north and Kanazawa on our way to Senmaida (1,000 rice fields by the Sea of Japan), while also seeing new areas, AKA not on the Shinkansen. After about an hour we finally settled on getting to Matsue; shouldn’t be too hard, it’s just by the Sea of Japan….

We could only make it to Asa (still by the Pacific). As we stepped off the train a station staff worker yelled down the stair well “Where are you going?!?” “Uh, here….is that okay?” And he disappeared. I guess it was okay, maybe he’s just used to confused tourists getting off at Asa trying to make a Shinkansen transfer…or we were still on edge from Yamaguchi. Either way we were in Asa for the night. Ah, nothing like home sweet home.

Finding our way on the less traveled path

Picking up the food we went back to the river we had crossed. The river was shallow and shady with all the bridges built over it making the perfect home for a large group of Koi fish. My favorite!!! They are so pretty. We didn’t even known that they naturally occur, but I guess it makes sense that they have some natural habitat. These ones were huge; bigger than I had even seen, even in pet or asian stores. Back to the Koi river we went.

As in most cases, the river bank has parks built along. So, Val started pacing trees, pagodas, and lamp poles. We ended up next to a very nice bathroom hanging from a tree and lamp pole across from the elementary school.