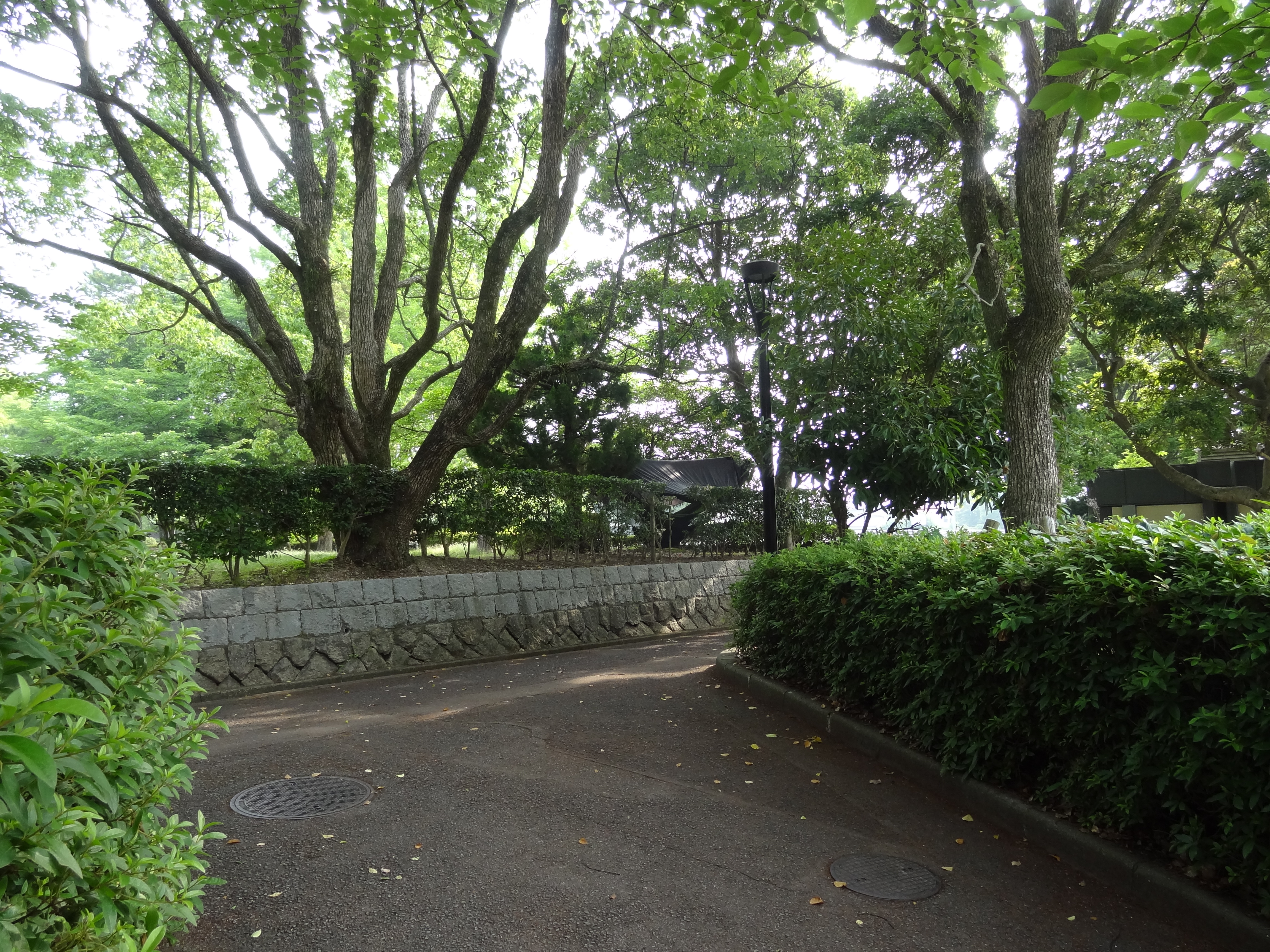 Some of the days that we were in transit from one attraction to the another were the days that felt the most normal. These were the days that we truly glimpsed what it would be like to live in Japan. Truthfully, as an outsider and quite visibly tourist, they were some of the most authentic exchanges that I can remember. Mainly because we weren’t sheltered by visiting a “tourist” attraction, so we were a novelty. We were further off the beaten track, so we were approached more frequently. We were traveling and then camping in Yamaguchi on one of these days.

Ahh *stretch*, sleeping in was really nice. There were no walkers, security guards, or traffic sounds, so we were able to sleep like logs!

And up stairs to cross over two main streets, “but Val, I gave you ramps”, “why yes you did, ‘thank you’.”

On the way to the train station a postal worker got of his little mo-ped to deliver mail. Val had been trying to track one of these guys down for a while now, as they had some pretty spiffy uniforms. This time I actually got her to ask the man if we could take a picture of him with his vehicle. He was absolutely astonished that something so normal to him would be so interesting to us that we would want to take a picture. As we walked away, he was beaming from ear to ear with pride and we were beaming because Val finally got a good picture.

Then onto the Shinkansen to Shin-Yamaguchi, then a local train to Yamaguchi. The information center worker at Shin-Yamaguchi was kind enough to tell us that it’s better to pay to stay in Shin-Yamaguchi since they have more hotels and ryokans, but not provide us with a very good map of the city (it only encompassed 2 city blocks around the station), so we decided to take our chances with our detailed Yamaguchi map and find a park in the city so that we could wake up later to catch the free JR bus to Akiyoshido Cave.

Val was still trying to become more comfortable with our very little knowledge of Japanese, while scouting for a place to sleep that night along Park Road, she greeted a couple “Konbonwa”; his reply “humph, adfhasfl” *squiggle Japanese* (since we couldn’t understand any of his mumble). Later on as we were still seeing if there were any back ups for the corner spot next to the library. I greeted an old man hoping that we had caught the couple on an off day: “Konbonwa” 🙂 ; “HIE, Konbonwa” (like he was agreeing that of course it is evening, grrr). Alright, no back-ups, but we were not too sure how much we liked Yamaguchi or, maybe more importantly, how much they liked us. One night is all we needed: go to the caves tomorrow and then get the heck out of Yamaguchi.

As the sun was setting mom was getting a little antsy to set up our home, so at about 7:30 we began the process.

Between setting up the home, a lady carrying a flash light started walking hesitantly towards us…

Ash: “Enjoying your wonderful park…” (uh-oh, is she neighborhood watch? We don’t want to get in trouble”…is what I was thinking)

Her: “Where are you staying?”

Phew, we can stay here…she just came to feed and water the cats that roamed free in the area. By the end of our conversation she was more concerned for our well-being that night, which was very sweet but unnecessary. It was a little difficult to find a “park” in Yamaguchi, but is the closest location to the Akiyoshido Caves.