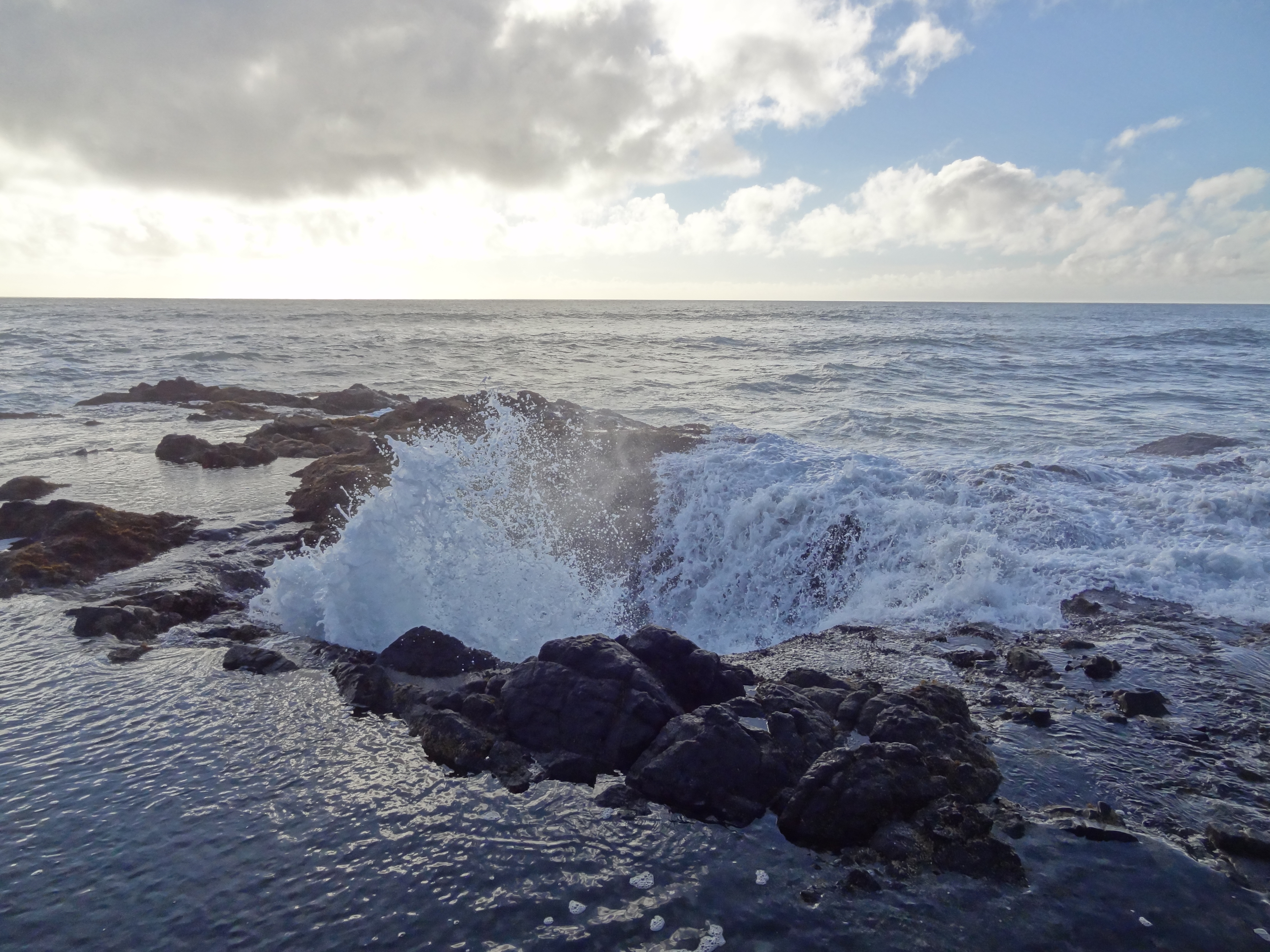 San Francisco was the destination, but what was to stop us from turning a work trip into a road trip experience? Absolutely nothing, was our answer. One of the oldest and most famous highways in the United States: US Hwy 101 was our moving “destination”.

This famous and historic highway, largely renowned for true American living and embedded in US Pop Culture, was originally built to connect major Spanish missions and then later developed as one of the first highway systems in the nation. Extending from Southern California through Oregon and on to Washington, US Highway 101 connected all of the west coast and at the time of building had encompassed many of the large cities: Los Angeles, San Francisco, and Olympia, Washington.

Eliminating all of the twists and turns, speeding up transportation, and connecting more of the most prominent cities in the 3 west coast states, Interstate 5 replaced US Hwy 101. Still being cared for and frequently traveled, US Hwy 101 is now largely used by tourists and those that live along it. With such highlights as Thor’s Well, Redwoods, Haystack Rock, and more, there is no shortage of travelers.

Leaving our apartment in Tacoma around 8 am, we had missed most of the traffic utilizing I-5 south. We needed to make it to Olympia, about an hour and a half south, to catch a highway running west towards the coast so we could transition onto the famed US Hwy 101. We were excited, expectations high and oh, so many things we wanted to see.

In the five plus years I had lived in Washington I hadn’t once visited the Washington coast; I had seen the Puget Sound and lakes in the area, but never the twisty, rock laden coast. It was about time for me to rectify that.

We had elected not to go north on US Hwy 101 around the Olympic Peninsula, mainly because Josh had a meeting in San Francisco on Tuesday and spending a day gallivanting in a rain forest didn’t seem like the best use of the time we had. Using the slower method of travel, neither one of us were used to, we were going to stop at attractions, pull out on breath taking vista’s, and enjoy the transit as well as the destination. First main stop off and only one we sought in Washington was Cape Disappointment, encompassing the North Point Lighthouse and Cape Disappointment Lighthouse, just north of Astoria, Oregon and on the northern rim of the Columbia River.

Originally, when we pulled over to stretch our legs and check out the lighthouse, I had thought that it was Cape Disappointment Lighthouse. But as we were already out and about, we might as well get a close up look and enjoy the sea spray. It began to rain and continued to blow as we walked out to the windswept point, not even the trees could withstand the blustering wind. During transit and after our jaunt we had come to realize that not only had the weather encouraged us to retreat to our sheltered vehicle, but also our grumbling stomachs. Digging out our cheese, summer sausage, and cracker lunch we sat huddled near the heaters and watched the sky and trees battle.

Continuing on down the road, we encountered the true turn off for Cape Disappointment Lighthouse. The trail consisted of a 0.6 mile trek, that the mapper considered difficult. Difficulty was mainly due to the steep inclines and sometimes soggy terrain, but all in all was rather easy (even though I took multiple stops to “check out the scenery”). We saw friendly snails, the Coast Guard outpost, a beautiful cove (which Josh would like to go back to and camp out, stating that it’s the highlight of the trip), and of course, the oldest lighthouse in Washington.

Cape Disappointment Lighthouse was built in 1856, built because the entrance to the Columbia river is the most treacherous in the United States, accounting for over 2,000 wrecks and claiming 700+ lives. Cape Disappointment is the oldest functioning lighthouse on the west coast in order to warn sailors of the Columbia Bar, provide weather and tide conditions, and coordinate traffic.

The Oregon coast contains some of the most amazing coastline land mass structures. Varying from Haystack Rock, to Devil’s Punch Bowl where the tide has eroded a cylindrical hole in a cliff, and Thor’s Well. Our travel in this section was somewhat slower then we would have guessed, initially hoping to reach just across the border of California by the first day, we shortly realized we would be lucky to make it past the middle of Oregon. Rolling through the corners and trying to provide enough warning to Josh, I would be the look-out; trying to note worth-while turn outs.

As we reached about 2 hours south of Astoria (parallel to Portland) we were nearing Cannon Beach and the infamous Haystack Rocks. Although the coastline is dotted and sometimes swarmed by amazing rocks or pinnacle-like islands, Haystack Rock is largely popular due to the nice resort town, easy accessibility to the beach, and being featured in Goonies.

This was our second major stop off and the first in Oregon, we were impressed by the sheer length of the beach, size of the rocks that looked like they had just been plopped there, and what I had missed from living in Seattle, the clouds. Oh man, had I missed clouds, and these babies were amazing. Stretching into the distance or laying low along the ground as fog to enshrine the monoliths.

The day was setting and we were unsure if we would make “high tide” for Devil’s Punch Bowl and subsequently Thor’s Well, which was about an hour further down the road. I had looked up the chart the night before after performing some research and getting feedback that high-tide was the best time to see these locales. Somehow it appears that I had mixed up the high tide and low tide times, as we reached Devil’s Bowl around 4:30 pm it looked like low tide.

The bowl is thought to have been formed by two caves created by the ocean current collapsing on each other and forming one large cavern with a sun-roof. This site provided a good spot to stop and stretch our legs, but wasn’t as interesting as we had hoped. The park had beautiful trees, beach views, and hilarious puffy clouds that we could attach to trees and make “bunny ears” (see left hand photo, which elicited many laughs and giggles from us).

Continuing down US Hwy 101 we swayed and flowed to the ebb of the highway curving along the coastline. Reaching Thor’s Well about an hour and half later we clambered down the hill side, somewhat following the paved path, as we saw the gushing waves and spouting caves. We had reached our final attraction of the day and it was magnificent. Carefully choosing foot holds and gaining better vantage points we watched as water plumed up out of the “well” and then poured over the rim and back in.

We had found high tide, as we stood there in awe of the landscape and oceans character, water tried to reach out and hug us. In one case it succeeded, completely enveloping Josh, who smartly took photos the entire time 🙂 . Spray reaching far above our heads urged us to clamber back up that hill and into our vehicle.

Finding that many parks and “public areas” had signs posted for no camping, we relented to finding a listed free camping area and were in luck! Bastendorff Beach (43°20’50.2″N 124°20’44.2″W) was superbly positioned along the beach, with sprawling views and numerous trees to hang from. Setting up in the dark I’m sure was interesting for Josh, as this was the first time he had helped. Strapping our headlamps on, we located two reasonably spaced trees (I was guess-timating, since Val had previously done the measuring) and I started laying out instructions with a quick demonstration then watch and help out if needed, we had our house for the night up in about 20-30 minutes.

Unused to sleeping by the beach and the increased breeze all night long, we quickly froze and woke up shivering. After warming up in the car for about a half hour around 1 am, we went back out, wrapped Josh’s blanket with a sheet to help hold air between the hammock and the sheet, added an inflated sleeping mat under my sleeping bag, lowered the incline of the Nube (shelter) to help prevent most of the cold ocean air from reaching our sleeping bags. Only awakening once more in the night due to the pitter-patter of rain on the shelter. Neither one of us had slept as well as we had hoped/anticipated, but didn’t awake with any aches or pains normally accompanied with sleeping on a bed. Continue reading →