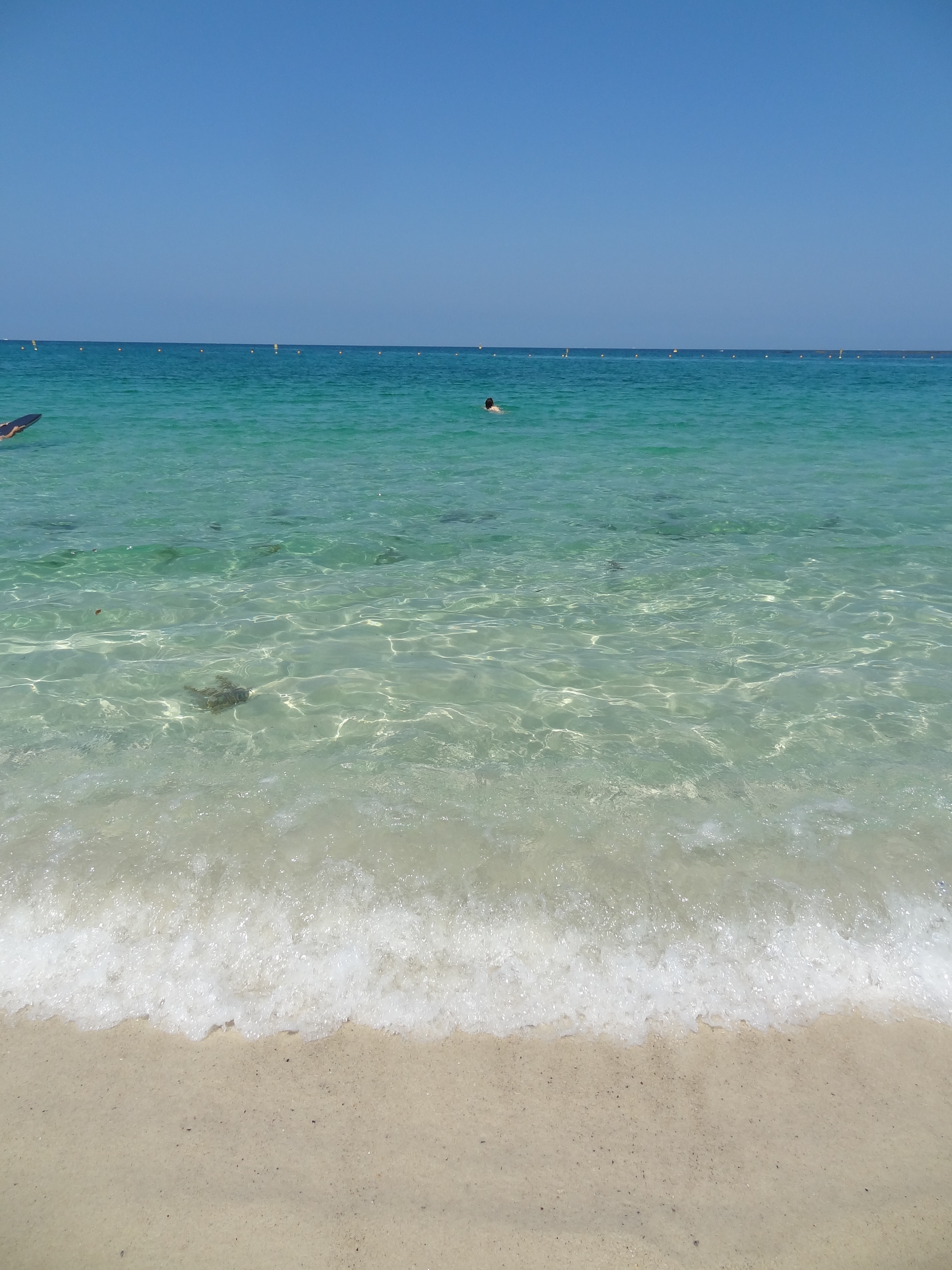 Our Japan travel has been a whirl-wind, that had sometimes come at the expense of our health or pushing ourselves a little too vigorously, but we were experiencing some amazing things. Castle in the Sky was interesting, pretty far off the beaten track, and a lot of fun; all in all though, we were ready for some more R-and-R. The rest and recovery included lazing around on the most beautiful beach I had ever seen, located in Shirahama.

We went to sleep, only to be awoken by two very loud motorcycles at 6 am. At that time, Val needed to use the restroom, so she got up. It was getting very toasty and noisy as more visitors to the ruins began showing up. After a visit to the restroom, she came walking back with a purpose. That purpose was to throw up the OJ pulp she had consumed for breakfast the day before. With that…I was now awake. I moved the majority of our stuff out of the hammocks and onto the pagoda benches so that Val had more space. With that extra space and hopefully better ventilation, she climbed back into her hammock to rest and start feeling better.

While she rested, I planned and figured out where we were going to rest and recoup our energy, plus organize which days we were going to go without our Japan Rail passes. We ended up deciding to go to Shirahama and the Shirarahama Beach, which is near the start of the National Geographic hike, to recoup and regenerate. Once there, we could decide to start the hike whenever we liked. Luckily, the hike has buses and ferry rides mixed in with about 4 hours of walking each of the three days, and none of them made use of a Japan Rail pass, or were already free! We made it our goal to reach Shiraham by 8pm since our rail passes expired at midnight, almost like Cinderella.

Val had pressed the reset button with her 3 hour nap, so I packed everything up, got some food for breakfast, and we were off…or so I thought. With lack of communication skills, we had gotten on one bus that kicked us off at the next station at a parking lot and charged us 300 yen total. We then waited 30 minutes for a second bus that didn’t announce any of the stops, so we ended up passing the rail station because we weren’t familiar with the scenery, and then ended up getting kicked off again at the souvenir shop where we started out an hour earlier, and charged us another 300 yen!

At that point, I was cooked and just didn’t want to deal with the people here anymore. Luckily, one of the ladies standing in line took pity on us, and helped arrange for the bus driver to inform us of the rail station stop so we wouldn’t miss it again…but they still charged us another 300 yen. Once we were at the station, we stopped for water and a bathroom break, and we were off to Himeji, a 7-Eleven ATM, mont-bell to clean our water bottles, and drinks for the Shinkansen back to Shin-Osaka and another train to Shirahama after activating our 2nd set of Japan Rail passes for the 12th of June. 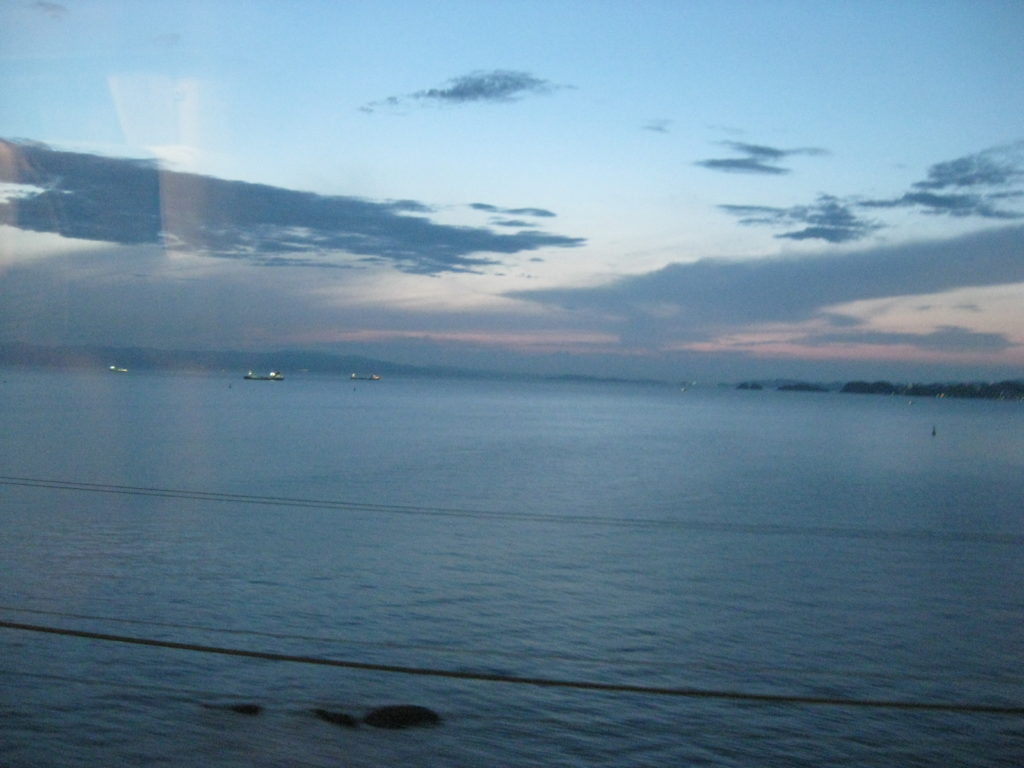 Getting onto the limited express for Shirahama at 6pm in Shin-Osaka, we finally arrived at the rail station at the other end of the line a little more than two hours later. We then caught the last bus to Shirahama Beach at 9pm. We don’t know what happened to the bus driver, but he was definitely crabby for some reason. I had to put the 340 yen x2 for Val and myself, but he looked at the machine and then told me no. Not really understanding how this bus stop was the beach, and not knowing what I had messed up, I held out my hand with change in it so he could take whatever fare he thought we owed. I believe that we ended up paying around 1580 yen by the time we finally got off that bus…

Ah well, we made it! We saw bathrooms, with a sign pointing towards the beach, and just down the street we saw a Family Mart! We checked both out, ate food by the beautiful beach and fell asleep to the sound of ocean waves and fireworks.